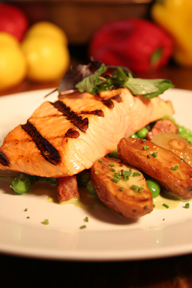 At the Saint Paul Hotel, chef Royal earned a DiRoNA Award and was a Four-Diamond winner. During his tenure at California Café, that restaurant was also honored with a DiRoNA Award, as well as praise from Mpls./St. Paul Magazine and a Health Partners Award.

During his time at Napa Valley Grille, the restaurant was singled out for Best Service by City Pages, named best restaurant near an airport by Zagat, recommended as the best business lunch by MN Meeting and Event Planner and recognized for Best Wine List by Wine Spectator.